What is geo-bleed and why does it matter?

In the mobile ad tech industry, “geo-bleed” occurs when the geolocation encoded in an incoming ad bid request does not match the geolocation in the corresponding ad responses, such as click, installation, and post-installation events. This is problematic for advertisers because their campaign KPI goals will be harder to meet. When an ad campaign is exposed to geo-bleed, impressions are delivered to a country that is different from the advertiser's target country and can subsequently lead to undesired conversions. In simplest terms, it would mean that the allocated budget for the ad campaign is being spent in a way the advertiser does not intend. Hence, being able to identify bid requests that are likely to result in geo-bleed and correspondingly avoiding responding to such bid requests is critical for a DSP, like Moloco.

In this article, we identify common root causes of geo-bleed and describe how we detect its occurrence in our bid processing system, as well as how we block such traffic to protect our valuable clients' resources.

Although geo-bleed is often perceived as a type of fraud in the industry, we refrain from framing geo-bleed only as ad fraud due to the potentially involuntary nature of its cause. At Moloco, we define fraud as a malicious action taken in order to obtain the advertiser's money with an unethical intent. For example, publishers serving ads that have no chance to be viewed by the users or serving fake clicks and installs are committing fraud.

Geo-bleed can arise either deliberately or inadvertently. It can be caused by publishers that make use of anonymous traffic to hide the actual IP address and geolocation in the bid request. If the publisher intentionally drives traffic from other heavily populated regions and masks the actual country, it is considered fraudulent behavior. However, we cannot overlook cases when users access apps through VPN services for privacy protection or other legitimate reasons (e.g., to bypass certain local policies or adhere to corporate policies during business trips). This is an involuntary cause because there is no unethical intention to take the advertiser's money. The most predominant cause of the geo-bleed that we have discovered, which is also not ill-intended, is when the exchanges and the MMPs use different sources to derive the country information. It happens, for instance, when an exchange uses the ISO country code for the cellular service provider of the user while an MMP uses IP address as their primary source for country information.

Predicting and mitigating potential geo-bleed at the bid time

The challenge in identifying bid requests that could lead to geo-bleed lies in which source to rely on. We acknowledge that there would always be a fraction of differences in geo mismatches even though both parties (the exchanges and the MMPs) are upholding the best practice in deriving geolocation in a mobile device. Nevertheless, our analysis on geo-bleed traffic suggested this could be mitigated by utilizing IP-based filtering as there exists a strong relation between IPs and geolocations. Thus, we build and manage a proprietary IP profile database with an external and an internal source. The external source is a purchased database, which provides a list of IP addresses registered to anonymous traffic. The internal source is a list of IP addresses collected based on the historical data. This list is obtained at the impression level and at the conversion level. At the impression level, we verify the country in the bid request by using the purchased geolocation database. At the conversion level, we compare the country in the bid request with the country in the post-installation event, which is sent by the MMP. When the IP to country mapping is not as desired, the IP address is added to the list.

In order to avoid bidding on such requests, we utilized a simple IP filter in the bid processing system. The illustration in Figure 4 depicts how it works. The first bid request which has an IP address from a normal, non-proxy traffic will bypass this filter while the second bid request that has an IP address from a VPN connection will be discarded.

It is important to understand how our campaign performance will be impacted after such an IP-based treatment. Therefore, we decided to look at the overall Install per Mille (IPM) trend as it can indicate the effectiveness of our user acquisition (UA) strategy. Under different circumstances, the IPM may increase, decrease, or show no particular trend after filtering out geo-bleed traffic.

An increase in the IPM after the treatment would mean that we were spending a considerable amount of the budget on misled traffic even though the targeted traffic is performing better in terms of conversions. This, however, is not the case in general because our machine learning models are trained to bid more aggressively on better-performing traffic.

On the other hand, the IPM may decrease after the treatment if there are more downloads in non-targeted countries; whether they are artificially generated or not. There are two common scenarios. One is when an unscrupulous publisher uses install farms as a way to manipulate its app ranking in the market. The other is non-fraudulent behavior in which users connect to a VPN service to download an app that is not available or prohibited in their local country. Although the underlying motives of the two cases are different, these are similar in posing a strong signal for installs. Therefore, when an ad campaign is under these circumstances, a drop in IPM may be observed when our IP filtering solution is deployed.

Lastly, we may not see any apparent pattern in the daily IPM trends, which is the ideal outcome. Although geo-bleed traffic is undesirable, in the conversion perspective, it may perform as well as the clean traffic if the mismatch comes from the country discrepancy between MMP and exchange. Hence, the main objective is to lower geo-bleed install rates while sustaining a similar level of the install volume. In Figure 5, we can see the daily IPM trend in the top 3 countries (USA, KOR, and JPN) before and after the deployment remains relatively stable, this demonstrates that our bidding system does well in preserving campaign performance under more regulated traffic even after removing geo-bleed traffic.

Status Quo of Geo-bleed at Moloco

As described in the previous section, blocking geo-bleed traffic may have posed some risks to our overall performance. Nevertheless, we utilized IP-based filtering because maintaining a clean traffic source is the top priority at Moloco. Just like this, we will continue to strive to offer better, healthier traffic sources to our clients. 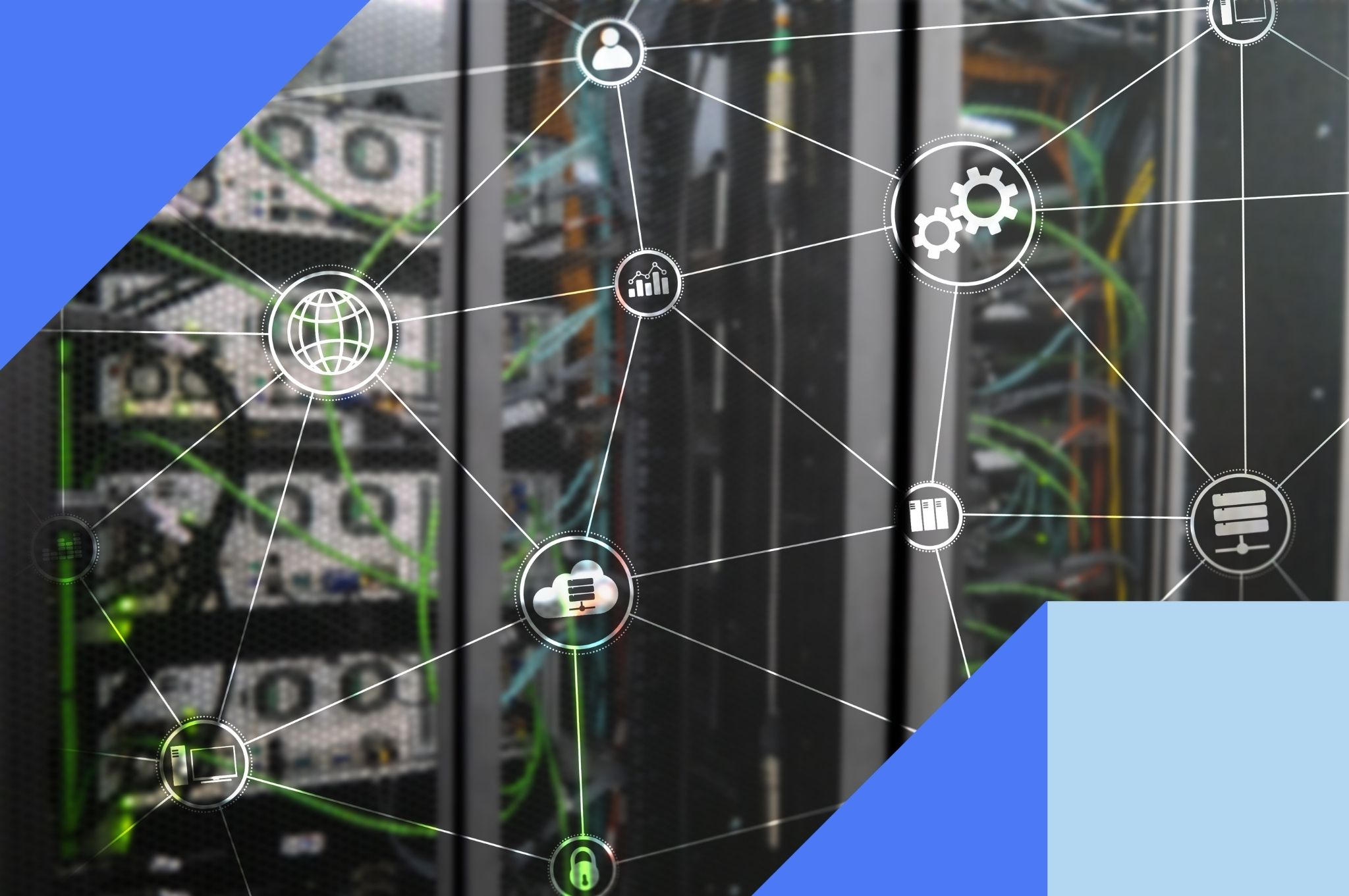 Challenges in building a scalable Demand Side Platform (DSP) service

How Moloco built a service infrastructure that delivers over 1 trillion bids monthly. 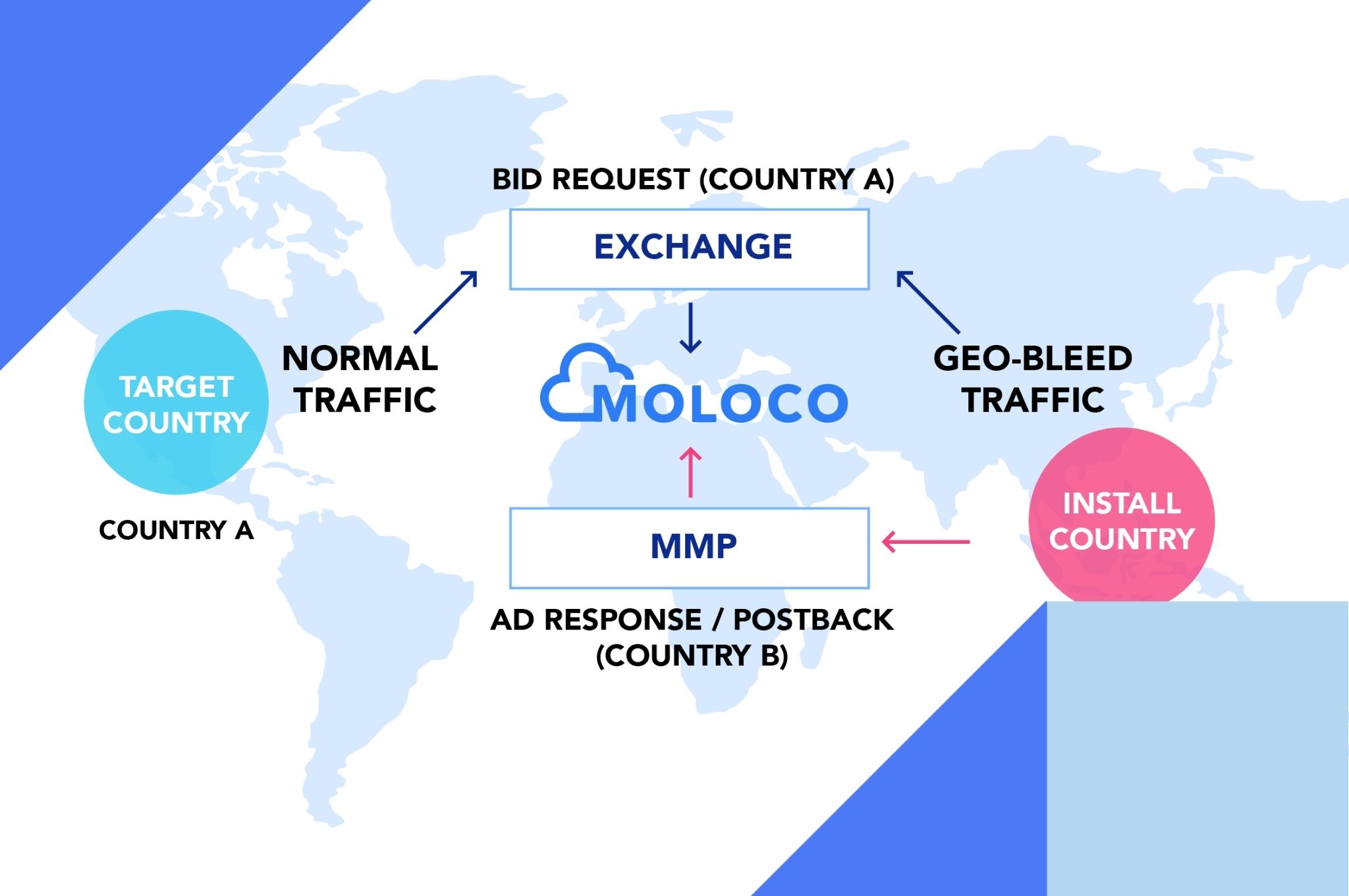 What is geo-bleed, why it matters, common causes and much more.