What is Q5 and Why Is It The Best Time of Year for UA?

What exactly is Q5?

As we all know, in the digital advertising world, Q4 is the biggest time of the year. Between all of the holidays that fall at the end of the year, most notably Christmas, CPMs (cost per thousand impressions) tend to be higher in Q4 than during any other period of the year. And, with elections ongoing in the US along with the World Cup starting in November, CPMs are likely to be especially high this year.

But not all parts of Q4 are created equal. CPMs tend to drop starting on Christmas day, and they typically stay low until the first or second week of January. This is the period we have come to call Q5, because the trends we see during this part of the year are so different from what we see throughout the rest of Q4.

Key Trends from The Last Q5

In December 2021 and January 2022, CPMs and CPIs (cost per install) dropped significantly post Christmas before slowly picking back up in January. While CPIs for Android recovered fast, CPMs there remained low.

Of course, when we talk about Q5, we’re mostly referring to the phenomenon in places where Christmas and Q4 overall are major shopping periods. In places where major shopping holidays are at different times of the year – India, China, and Saudi Arabia are just three such places, but of course there are many others – we wouldn’t expect to see these kinds of fluctuations.

Why is Q5 Important?

On the surface, all of this data about Q5 is fairly unremarkable. Of course CPMs drop once Christmas arrives! But there’s more going on here than you may realize.

It is important to note the extent to which we’re using smartphones and tablets during Q5. For one, many people get a mobile device as a holiday gift. And two, many people are bored and instinctively turn to their smartphones and tablets for entertainment. Of course, compounding all this is the fact that most places outside of movie theaters are closed for Christmas.

For starters, whenever you get a new mobile device, possibly your first move is to download apps on it. After all, close to 90% of all time spent on a mobile device is spent using apps, according to Insider Intelligence. And, for people who are bored and stuck inside for multiple days, they will invariably seek to check out new forms of entertainment.

Hopefully as a mobile performance professional, you’re seeing the potential here. During Q5, there’s a large audience actively seeking out new apps, while at the same time CPMs are very low. This is an ideal opportunity for a wide variety of apps – gaming, streaming, you name it – to acquire new users at scale without breaking the bank.

Who Can Benefit From Q5?

Yes, certain apps are bound to be popular year round. But consumers were very actively seeking out entertainment during the last Q5 period.

The term entertainment here is used somewhat loosely. Games, of course, fall into this category, but also social media and video streaming apps were topping the free and paid charts on Google Play and the iOS App Store during the last Q5. Some other top apps include the Roku remote app, Amazon Alexa, Fitbit, and the Meta Quest app, which shows how hardware-based gifts translate into app downloads too.

Interestingly, the Crypto.com app was one of the top 75 free apps in Google Play in this period last year, while Tinder was one of the top 100 iOS App Store apps around this time too. This goes to show that the definition of what constitutes “entertainment” can vary significantly based on the individual. It also goes to show that consumers are going to download a wide variety of apps during this period, both onto new devices and existing ones.

In contrast, 40% of the top 10 apps in Google Play during the rest of December 2021 were commerce and shopping related apps: Cash App, Google Pay, Klarna, and Shopify. This highlights how the kinds of apps consumers seek out does change quite a bit as soon as Christmas rolls around.

How To Capitalize On The Q5 Opportunity

So what can you do to make the most of Q5? First off, don’t sit it out!

For UA teams hesitant to spend much when CPMs are high, it can be tempting to pause most or all Q4 budgets. But hopefully as we’ve highlighted already, this may be a mistake as Q5 can be a great opportunity for a wide variety of apps to cost-effectively acquire high-quality users.

Another tip to highlight is around creative. Different consumers will have different motivations for downloading an app during this period. Of course, this is true all year round. But it’s important to keep in mind the specific variables present in Q5 when building out creative.

Someone looking to populate their new device with apps may have very different priorities than someone looking to kill time while sitting in front of grandma’s fireplace. Each of these audiences will respond better to more customized messaging.

And our final tip is around creative diversity. Not only should you be using creatives with different messaging and visuals, but you should also be running different creative formats. Whenever possible, pair your higher-impact assets like videos and playables with banners and interstitials.

Let’s take a moment to answer some common questions we’ve received about Q5 in the past. First, let’s address the actual dates of Q5. We put its start date as Christmas.

For starters, a lot of shopping – and thus a lot of retail and CPG ad buying – happen leading up to Christmas, including Christmas eve. And, it’s on Christmas day that people will actually receive their gift of a new smartphone or tablet.

Admittedly, the end date of Q5 is a little fluid. In the US, we put its end at around January 8th, so roughly a week into the new year. However in places like Western Europe, CPMs don’t really start to increase again until mid or late January.

According to Chain Store Age, the day after Christmas was the fifth-busiest shopping day of the 2021 holiday shopping season. After all, it’s the day when many people make returns. Stores also use the day to clear out remaining inventory, so many shoppers flock to pick up final deals of the year.

However, we don’t actually see CPMs increase really during this period. This could be a great opportunity for retail and e-commerce apps to get downloads!

Finally, let’s talk about the last major holiday of the year, New Year’s Eve and New Year’s Day. We don’t actually see CPMs or CPIs jump leading up to the 31st or the 1st. This period in particular would be a great time for many different types of apps to garner downloads – think rideshare, food and alcohol delivery, or fitness, just for starters.

If you have any additional questions, head to moloco.com/contact-us to send us a note. You can also reach out to us on LinkedIn or Twitter. Happy Q5 everyone!

In this edition of Mobile Marketing Milestones, Moloco's Q&A series with mobile advertising and marketing leaders, we chatted with Ksenia Yurkina, Head of Marketing at Apptica. In this half-hour conversation, we cover how advertisers should be approaching their ad creatives, the best performing ad formats, and so much more. Check it out!

For even more insights on how e-commerce apps should approach their creative strategy for acquiring new app users, we sat down with Adam Widener, Creative Director at Moloco. Here are seven additional tips to consider. 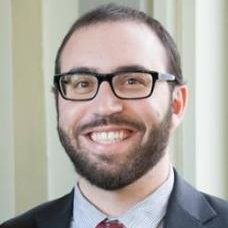