With nearly two decades of software and monetization experience at YouTube and Google, Ikkjin Ahn co-founded Moloco in 2013. During his time with YouTube in the monetization team, Ikkjin developed a video profitability prediction system. While at Google, he was the founding Tech Lead Manager for the Android Data team achieving the Google Citizenship award in 2012.

As CEO, Ikkjin sets the strategy and vision for the company. Mr Ahn is often sought out for his opinions on machine learning, data privacy, performance advertising, and growth marketing. He leads the company’s continual investment in machine learning and R&D and has led the company through significant revenue growth, global office expansions and staffing increases while earning recognition as a Great Place to Work and as a Deloitte Fast 500 company. Ikkjin is an advocate for all employees by ensuring that Moloco continues to be an inviting employer that welcomes diversity and provides opportunities for employees to learn and advance their careers. 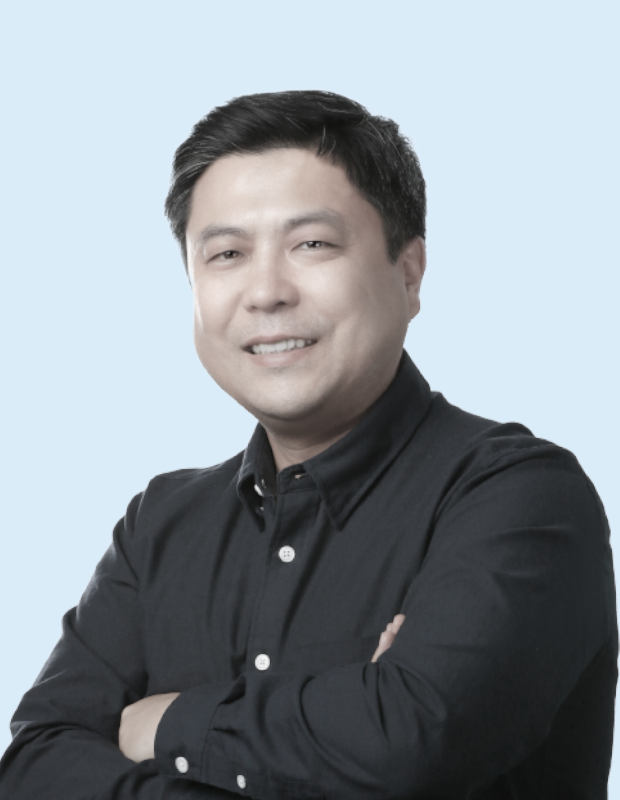 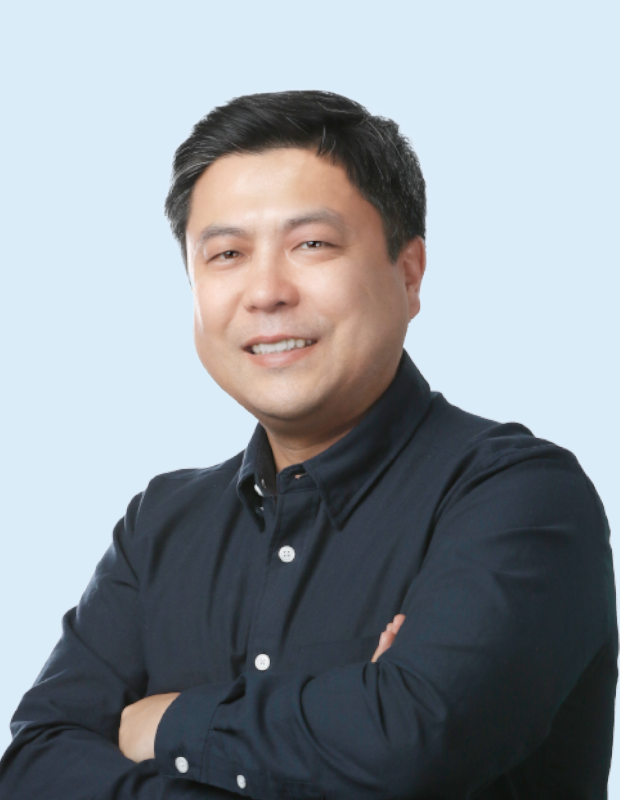 As CFO at Moloco, Brandon oversees all financial functions including strategic finances, mergers & acquisitions, investment, and accounting. Brandon believes that sharing financial knowledge with employees provides better outcomes as employees have an opportunity to participate in creating value.

Brandon’s early interests were in the legal sector and he obtained his Doctor of Law (J.D.) from New York University of Law and his J.D./MBA in Finance, Accounting, Entertainment, Media & Technology from NYU Stern School of Business. 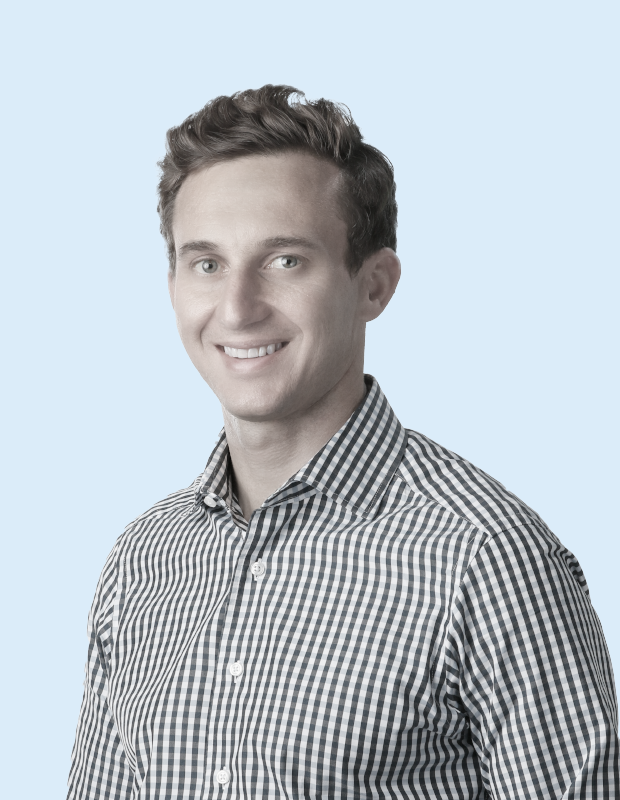 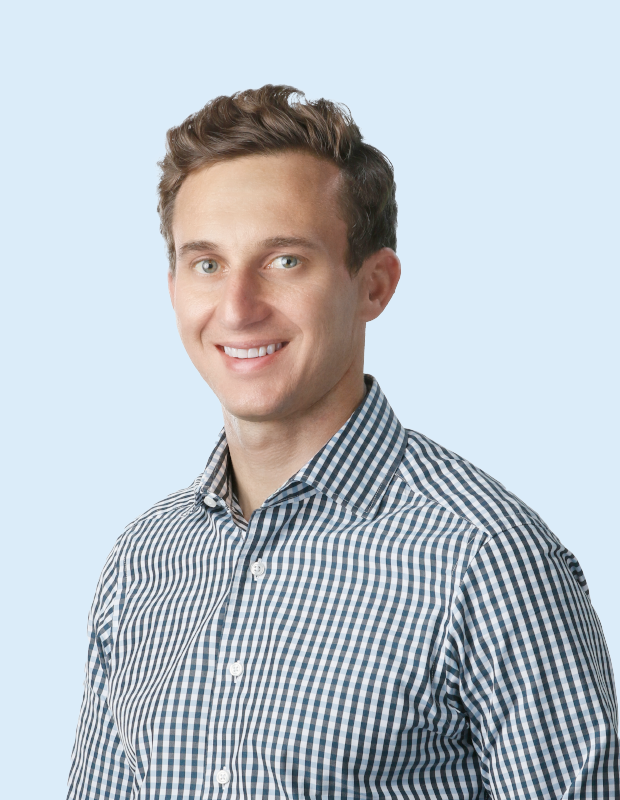 Sunil brings more than 25 years of business experience in building commercial and product operations to Moloco where his duties include overseeing all commercial functions across Moloco’s products and platforms.

Prior to Moloco, he served as President and head of Disney+ Hotstar, where he grew the streaming business 8X to 50M+ subscribers, scaled 20+ markets internationally for Disney+ and Disney+ Hotstar across India, Southeast Asia, Middle East and Africa, and led the launch of the next generation Hotstar streaming platform. Before joining Disney+, Rayan held leadership roles at Google for more than seven years where he headed the company’s Global Mobile App ads business and helped build Google Cloud solutions for Games. Prior to that, he was an Associate Partner at McKinsey serving technology clients across a variety of functions. 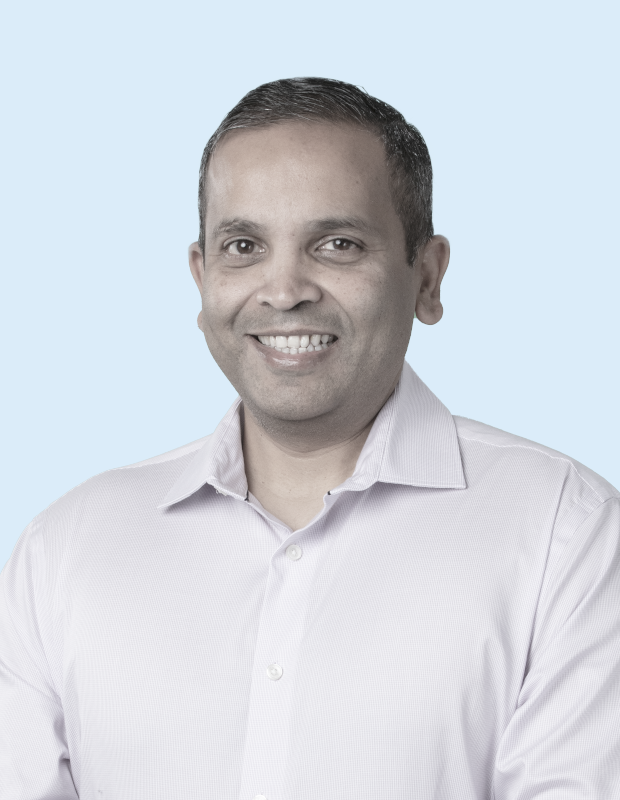 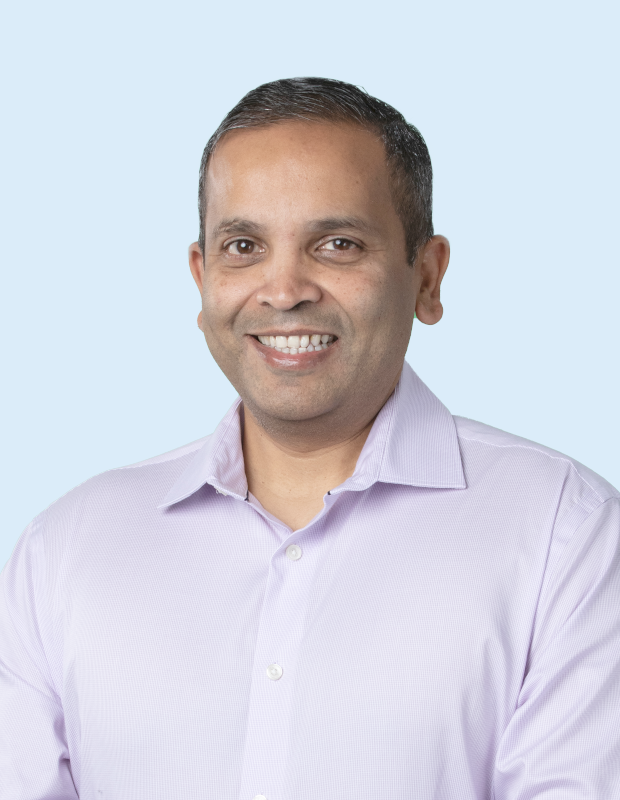 DJ and Ikkjin Ahn (CEO) met as college classmates in 1997. They both attended the same grad school (UC San Diego) under the same advisor (Prof. Michael Taylor). While Ikkjin left grad school to join Google in 2008, DJ continued to earn his degree and then joined Google’s Cloud Storage team in 2012. He joined Moloco in 2015 and was promoted to CTO in 2016.

DJ manages a global team of site reliability, software and cloud engineers collectively known as Moloco’s infrastructure team. The infrastructure team is instrumental in providing a reliable, scalable, and efficient cloud service for Moloco’s suite of cloud-based services. Recognized by Google as a Customer Award Winner in the cross-industry category, Moloco’s infrastructure demonstrates business excellence and the team’s ability to overcome challenges with innovative thinking and leadership. 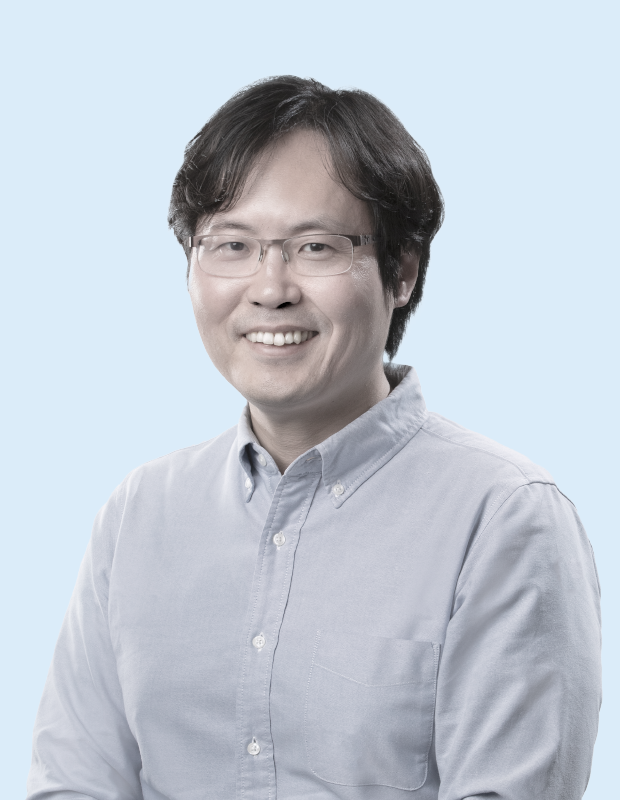 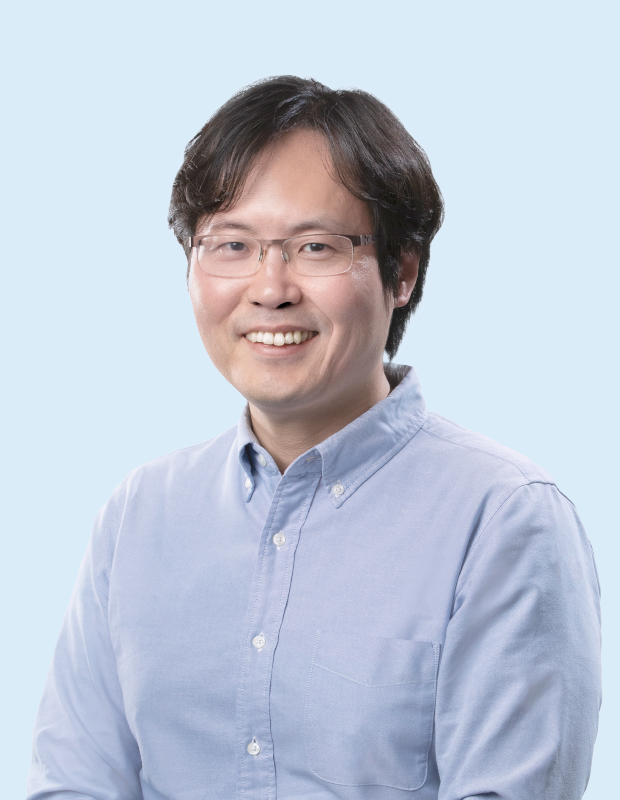 Chang brings to Moloco nearly two decades of technical experience from his previous work at Microsoft, Intel and Barefoot Networks. While at Microsoft, he worked on the design and management of Azure infrastructure and its network-virtualization architecture in particular. At Intel, he led the technical aspects of the Intel’s End-to-End Networking &  Applications initiative that enabled programmability and performance across various Intel networking targets.

With this background in building and running large, distributed systems, Chang heads several global engineering teams at Moloco. Firstly, Chang and his infrastructure team developed Moloco’s cloud service platform to reliably and cost-effectively deliver our machine learning services in a manner that is scalable for Moloco’s growth and the needs of our customers. This effort was recognized in 2021 with the Google Cloud Customer award.

Chang also manages Moloco’s machine learning and data science teams whose work contributes to Moloco’s reputation for achieving high performance advertising results for customers. In addition to machine learning engineers and data scientists, the team has expertise in mathematics and other disciplines including economics and science. Additionally, Chang leads the Retail Media Platform engineering team and the Core Engineering teams.

Chang is an Adjunct Professor at Stanford where he works with students on networking and distributed computing projects. He earned his PhD in computer science at Princeton University, and his MS and BS in computer engineering from Seoul National University. 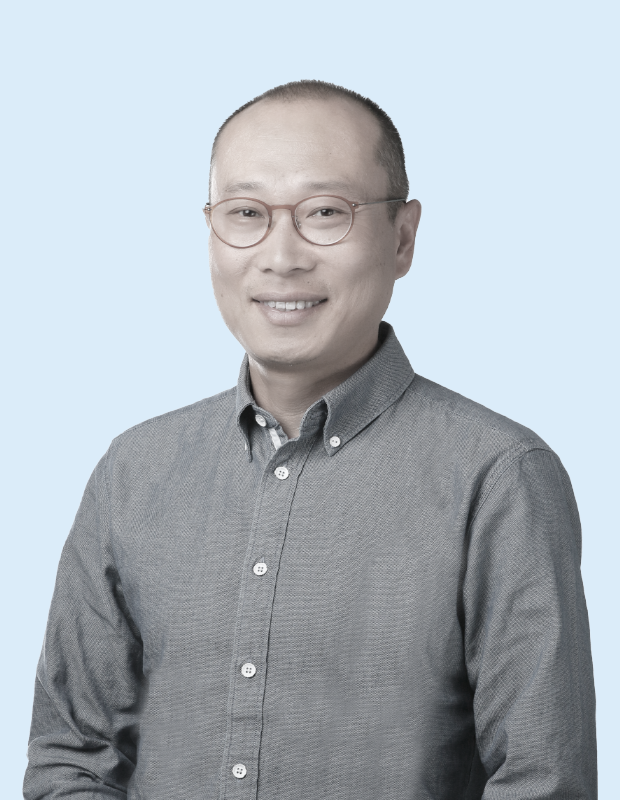 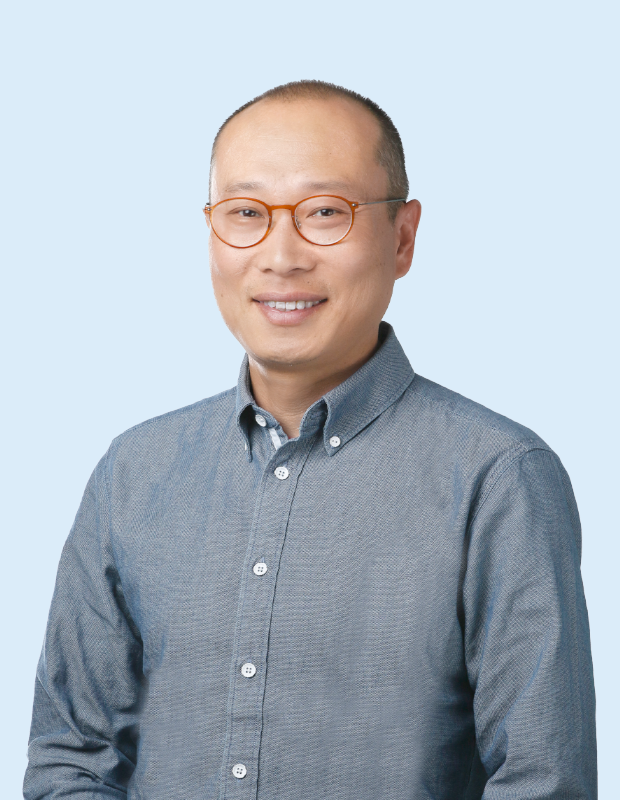 Prior to joining Moloco, Anurag spent 10 years in Product Management at Google, focussing on Search and mobile Ads. At Wish, Anurag worked in product management, rising to head of product management, and leading the product org responsible for all consumer facing features of the flagship eCommerce platform with over 500M downloads. Anurag began his career as a software engineer at Qualcomm. Anurag holds 18 patents, mostly related to Ads.

At Moloco, Anurag leads the global product and UX team. In his role, Anurag is responsible for Moloco’s existing products and services and assists the strategic growth team with early stage product development.

Anurag obtained his MBA in High Tech and Entrepreneurship from Cornell University and his MS in Computer Science from Oregon State University. His early education included a BE in Computer Engineering from Delhi University. 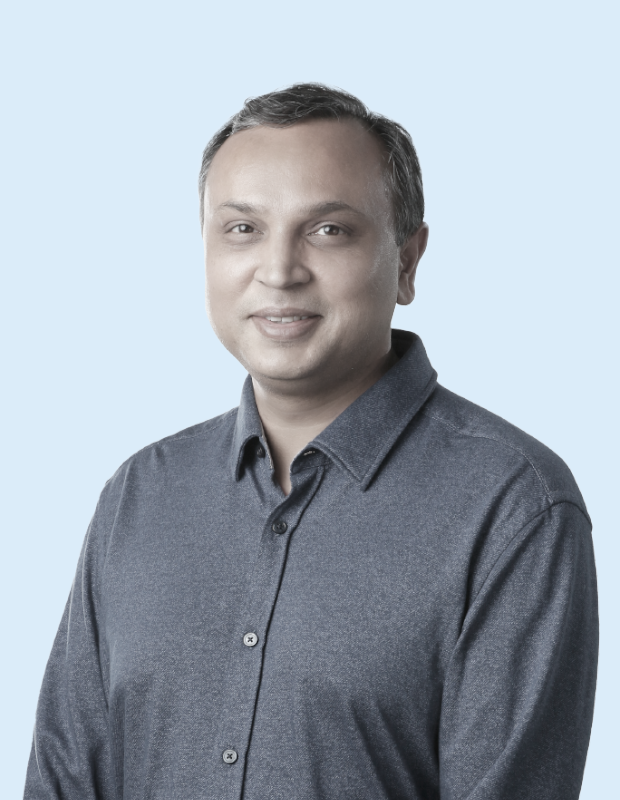 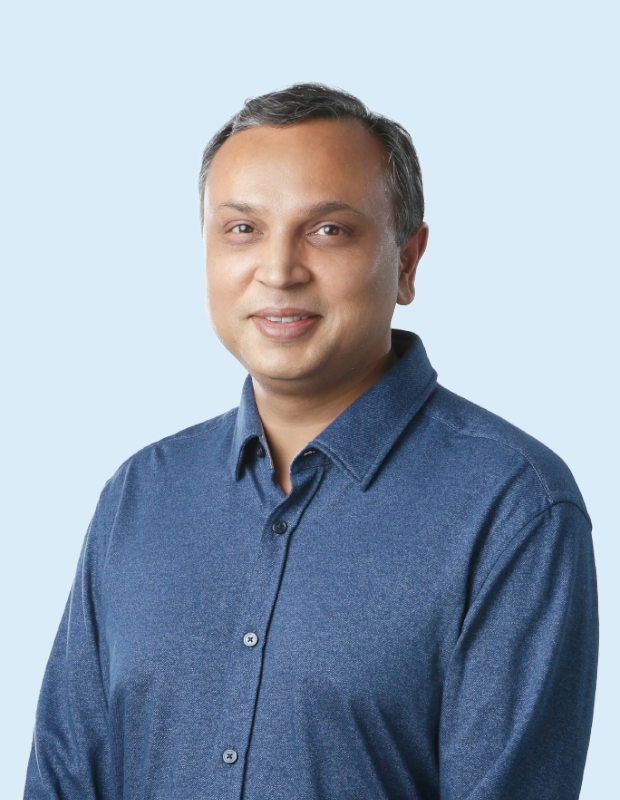 Sehyuk co-founded Moloco in 2013 after nearly seven years with Oracle. At Oracle he worked on the Cloud Computing, Nimbula and Virtualization teams. During his service with Oracle, he was involved in many machine learning and cloud computing projects.

Sehyuk obtained his BS from Seoul National University and went on to study computer science and machine learning at Stanford. He is distinguished by being a world finalist in ACM ICPC World Finals 2004, where each year an elite group of the brightest collegiate problem solvers on the planet comes together to compete in the top tier of the International Collegiate Programming Contest. Additionally, Sehyuk was a Gold medalist at the International Olympiad in Informatics in 1998, a silver medalist in 1996 and a medalist in the National Mathematical Olympiad in 1998 and 1999. 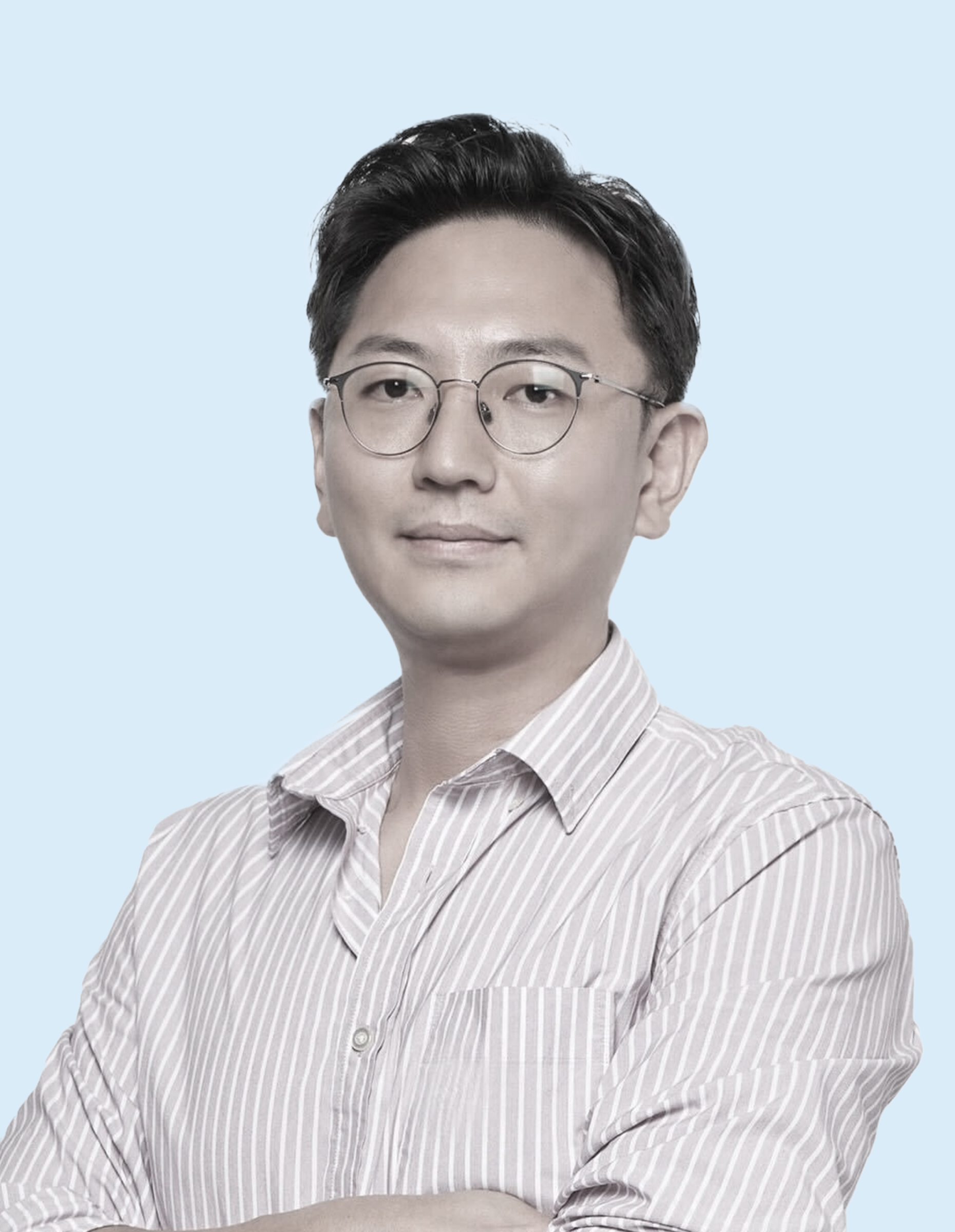 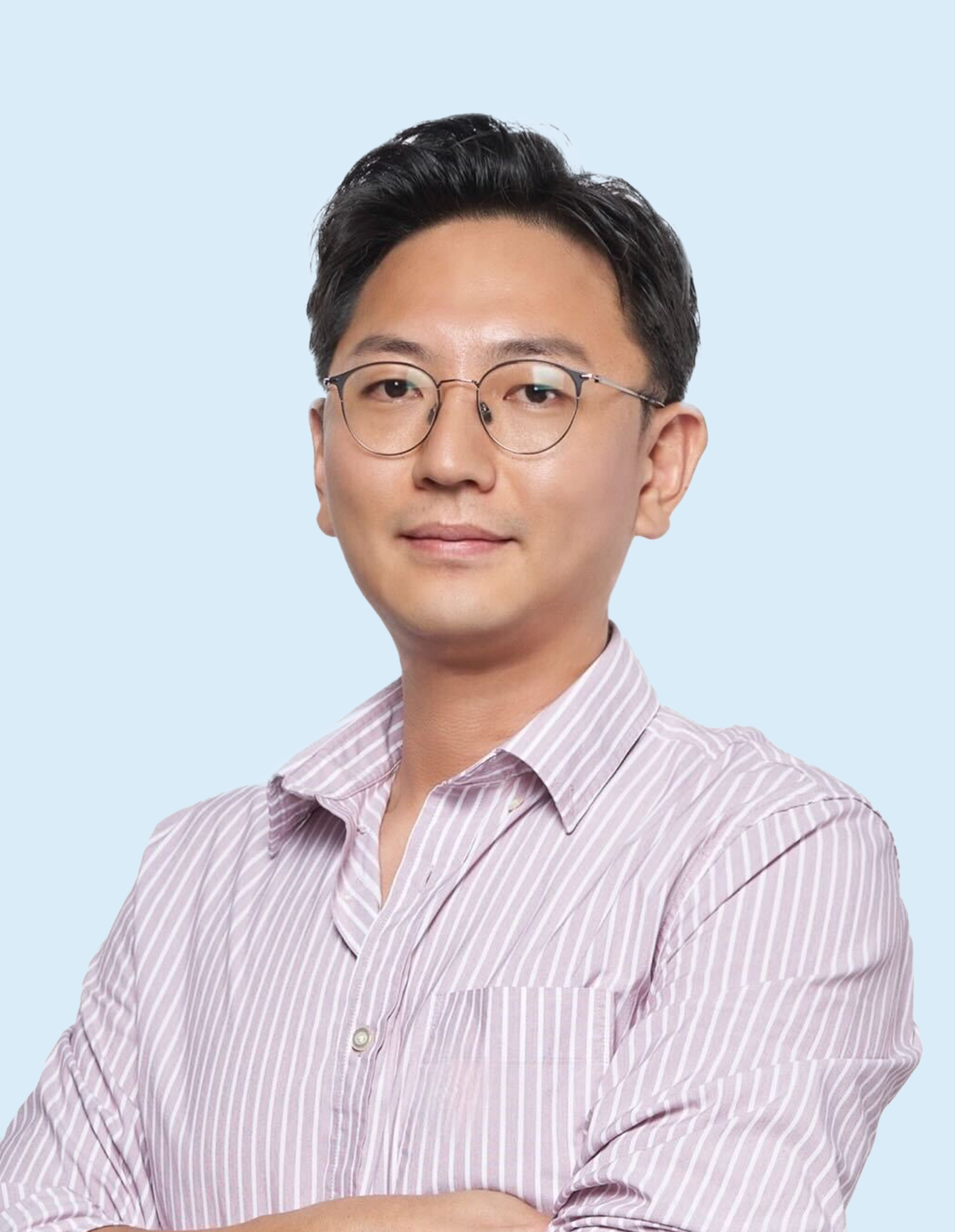 Bill Michels is responsible for Moloco’s Retail Media Platform, where he oversees both product and business development functions.

Michels brings more than two decades of successful leadership across product management, data strategy, and business development at some of the definitive companies in advertising and search. He was previously EVP of Product at The Trade Desk where touched multiple product areas from identity to CTV. Prior to that he was Chief Data Officer at Foursquare after its merger with Factual, where he was Chief Operating Officer responsible for product, engineering, and data partnerships. Before that he was Senior Director of Product Management at Yahoo! working on search, where he launched and led Yahoo! BOSS, and international search monetization. He also worked at UBS in equity research covering technology and telecom.

Michels holds an MBA from Columbia Business School and a BA from Colby College. Michels lives in Southern California and will work closely with Moloco’s Retail Media business and product teams around the globe. 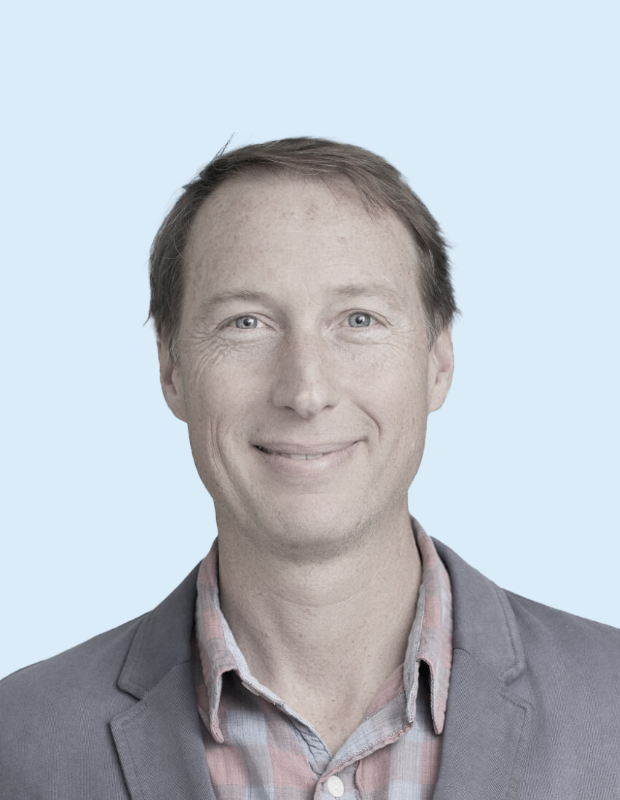 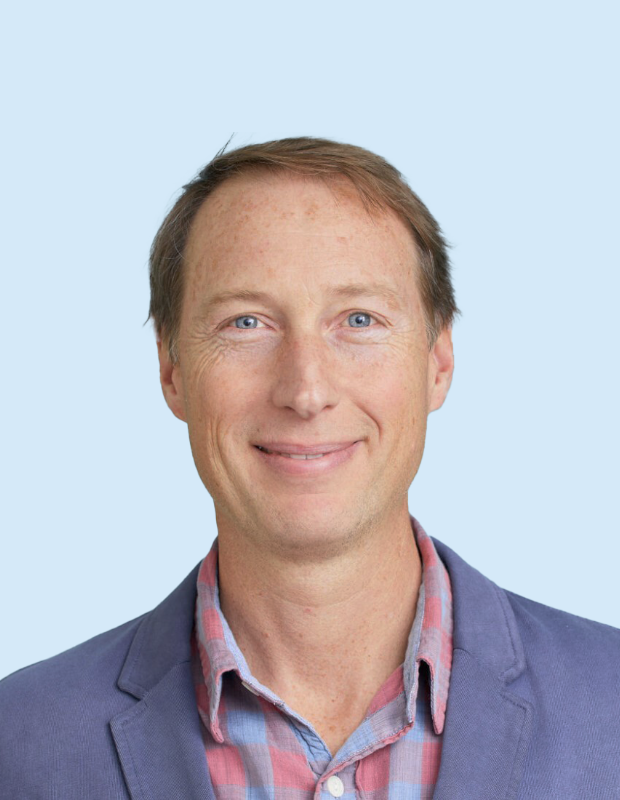 Brian began his career in the financial industry as a product strategist and quantitative analyst at Capital One before moving to Google as a quantitative analyst working for Google’s finance team. Before joining Moloco in 2016, Brian held product and operations leadership positions at various startups. 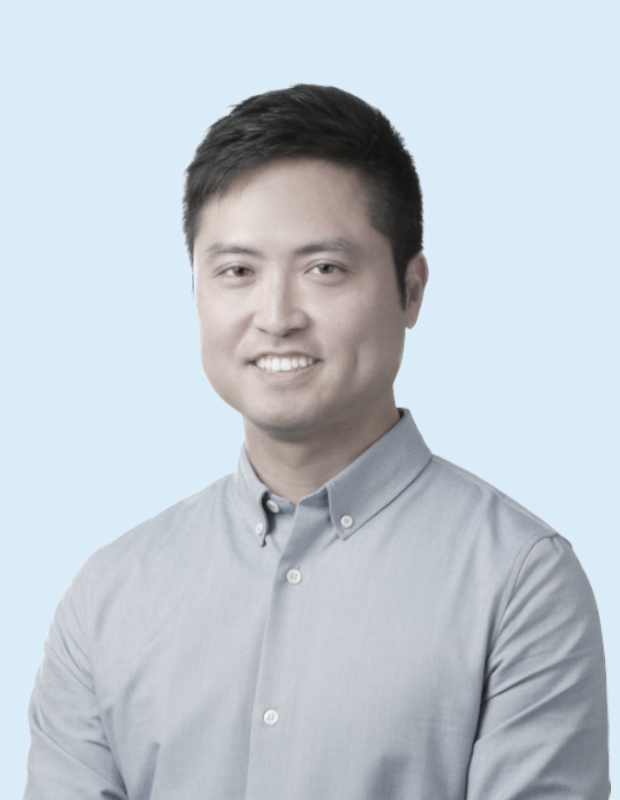 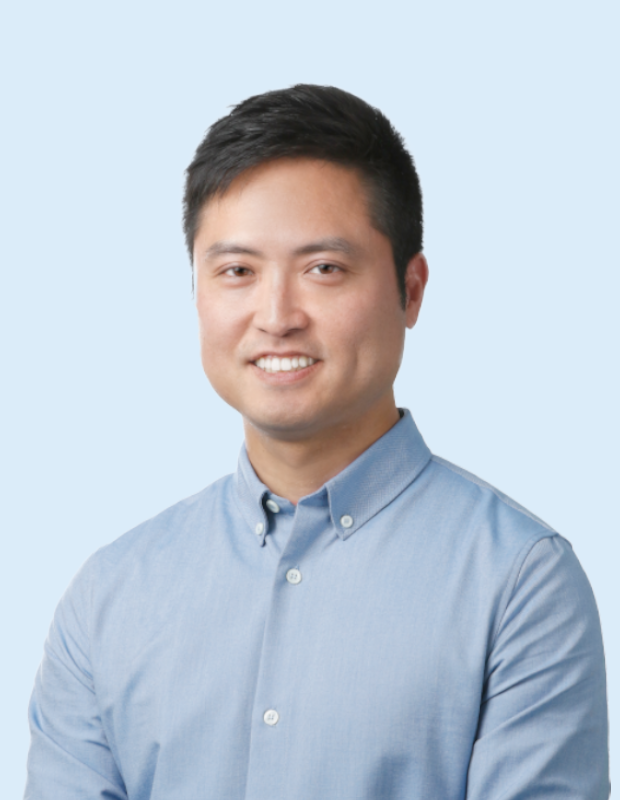 With more than 25 years of experience building and transforming rapidly growing companies’ finance operations, Dharti brings a unique skill set and expertise in leading finance through milestone changes, including mergers and acquisitions and public company readiness. She previously served as CAO at Momentive (formerly SurveyMonkey), where she played an instrumental role in SurveyMonkey’s successful IPO in 2018. Dharti also held multiple finance roles during her 12-year tenure at Yahoo!, ultimately serving as the media giant’s Senior Director of Financial Planning and Analysis for the Americas.

Dharti earned her BA in Accounting and Finance from Georgia State University and is a licensed Certified Public Accountant in the state of Georgia. 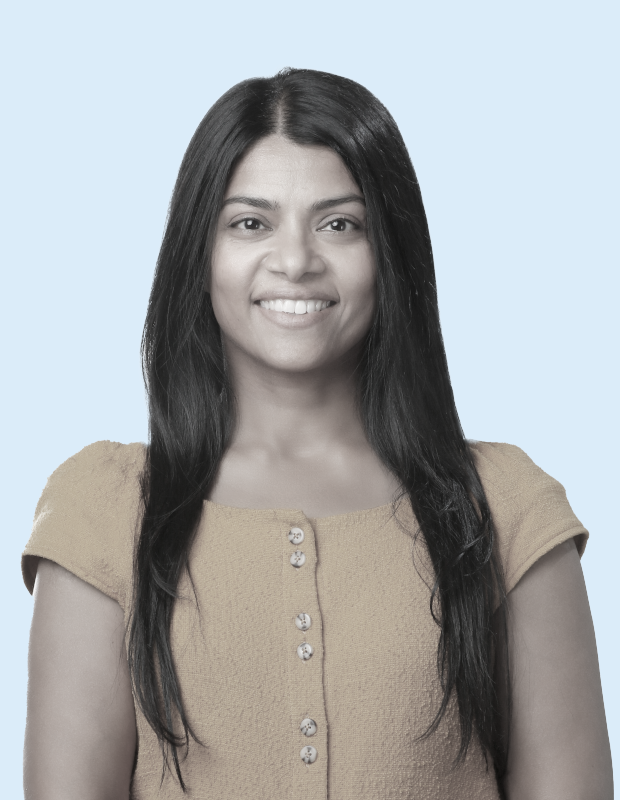 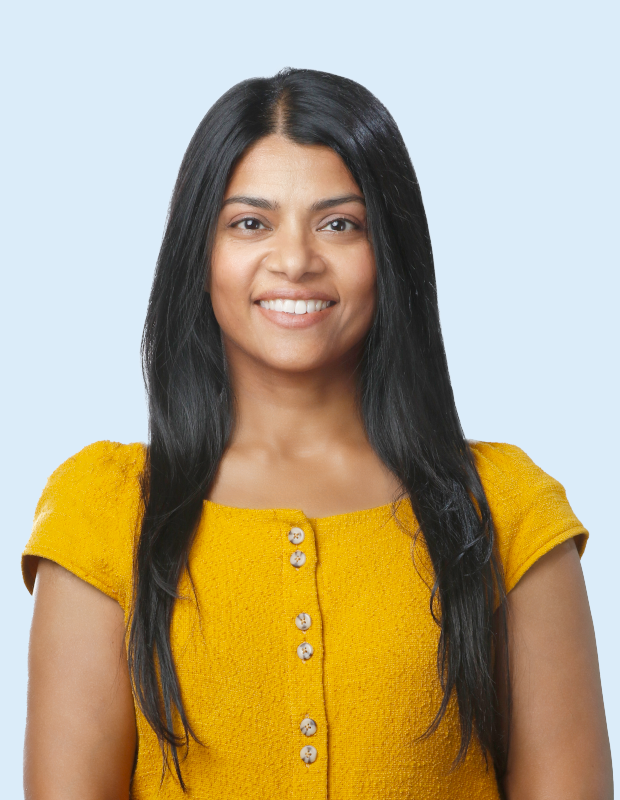 Prior to joining Moloco, Yina served in senior finance leadership positions at Visa, Credit Karma and Nitro, where she led multiple transformation initiatives and made significant contributions to the companies’ success.

Yina holds an MBA in Finance, Global Business and Investment from Duke University, Fuqua School of Business, and a BSc in Computer Science. 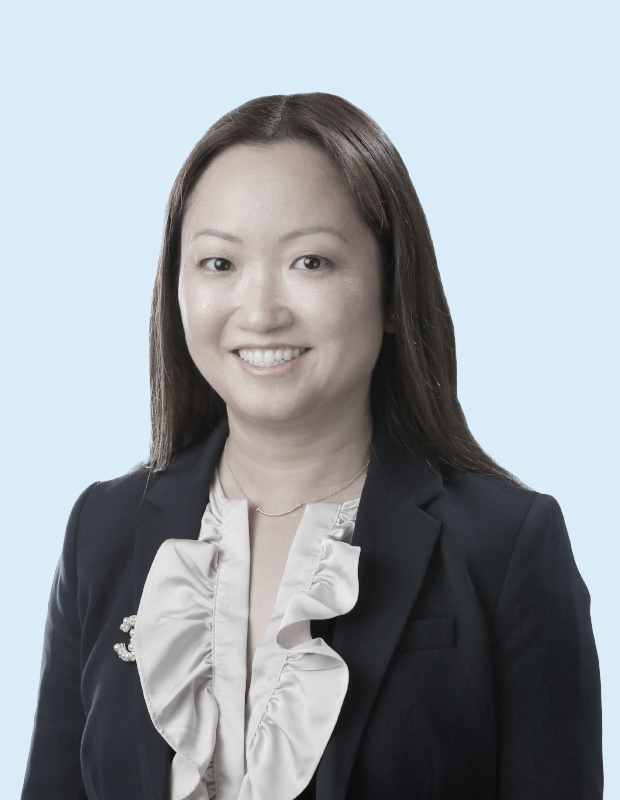 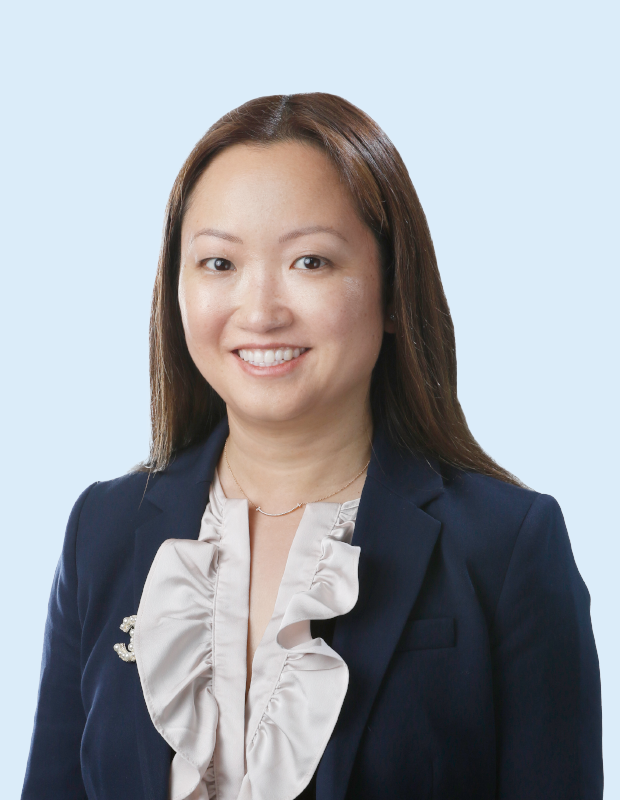