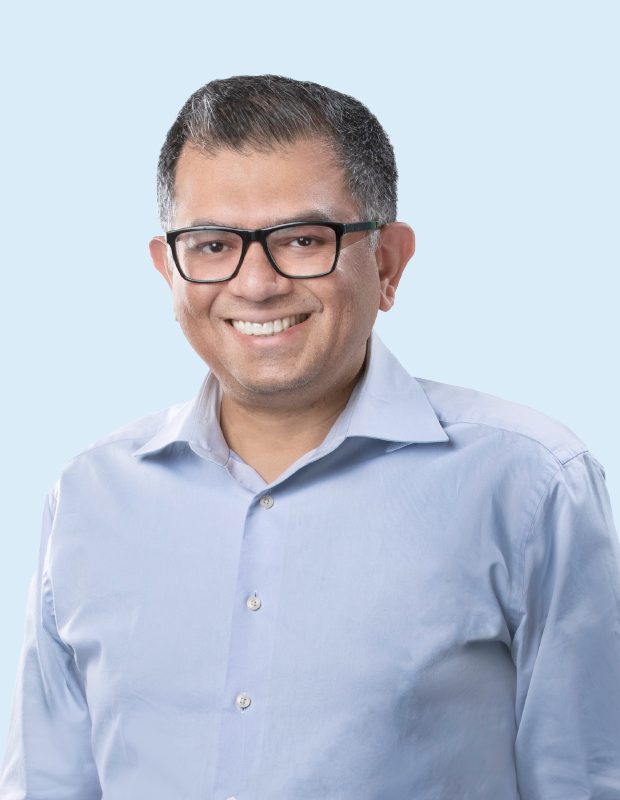 My journey to Moloco in many ways resembles the circle of life - my daughter’s favorite song from the Lion King!

My first job out of undergrad was as an engineer at Nortel Networks, Canada’s largest public company by market capitalization when I started working there. I was a double engineering major.

I grew up in India and moved to the U.S. when I was fourteen. At the time, my sister was on her way to becoming an accomplished classical musician. My parents felt her best chances were in India so the family moved back and I finished high school there. My goal was to come back to the U.S. for university but my parents didn’t want (or trust) me alone so I attended the Birla Institute of Science and Technology in Pilani. During the school breaks, I would come to the U.S. and work at Walmart or Kmart, partly to keep my green card valid and also to pay my dad back for the airfare and living expenses.

With my degree in Civil Engineering and Chemical Engineering in hand, I moved to the U.S. in 2000 just in time for the dot com bubble. (You may be wondering at this point, how I ended up in Finance!) I worked at Bell Northern Research at Nortel doing some cool stuff as an engineer. I learned a lot but after 3 years, I realized that infrastructure was boring. While living in North Carolina, I had developed friendships with people who were in business school so with no idea, no plan, I thought I would explore business school.

Through my summer internship with Lehman Brothers, I found that I loved the combination of technology and finance. I was able to learn from this internship about mergers and acquisitions, negotiation skills, people skills, and analytics. What I really found fascinating is how the combination of all those things was like playing a challenging game of chess.

When Lehman was acquired by Barclays, I moved to a team that built a new business that eventually spun out as RBC Capital Markets to focus on debt financing. It was so exciting to build a team and a company that started out as a $50M business and within a few short years turned into a $200M business. While still working on financial deals, we were building new processes, hiring, and running the day-to-day business. It was a great time and a great learning experience. We made a name for ourselves as an M&A firm and not just a company that provided debt financing and banking services. I ran the software business within this new group.

I am a student of Warren Buffet's career and how he runs his businesses. One of his guiding principles is if you live within your means you will be happy. By 2019, I was married with a child and didn’t want to stay in New York as a family. That sense of family happiness and the constant travel was my impetus for moving to the Washington DC area where I took a job with an IT software services company managing their financial strategy and M&A. I consider my three years there as the best in my career…so far. It is there that I really learned more about M&A, about investor relations, periods of having a new CEO and CFO, a sale of the business, and even fending off a hostile takeover attempt – all experienced during COVID-19.

My career started following in the footsteps of my father who was also an engineer. However, my grandfather was a banker and so my move into finance became a nod to his career choice. And finally, my maternal grandfather was in advertising. Joining Moloco now brings me to an association with his career. What’s next for me? Well, these career choices were very coincidental but I guess if I wanted to see where my career will take me, I can use my family’s career choices as a crystal ball. For now though, it’s early in my Moloco career and my experience lends itself very well for Moloco’s growth plans.